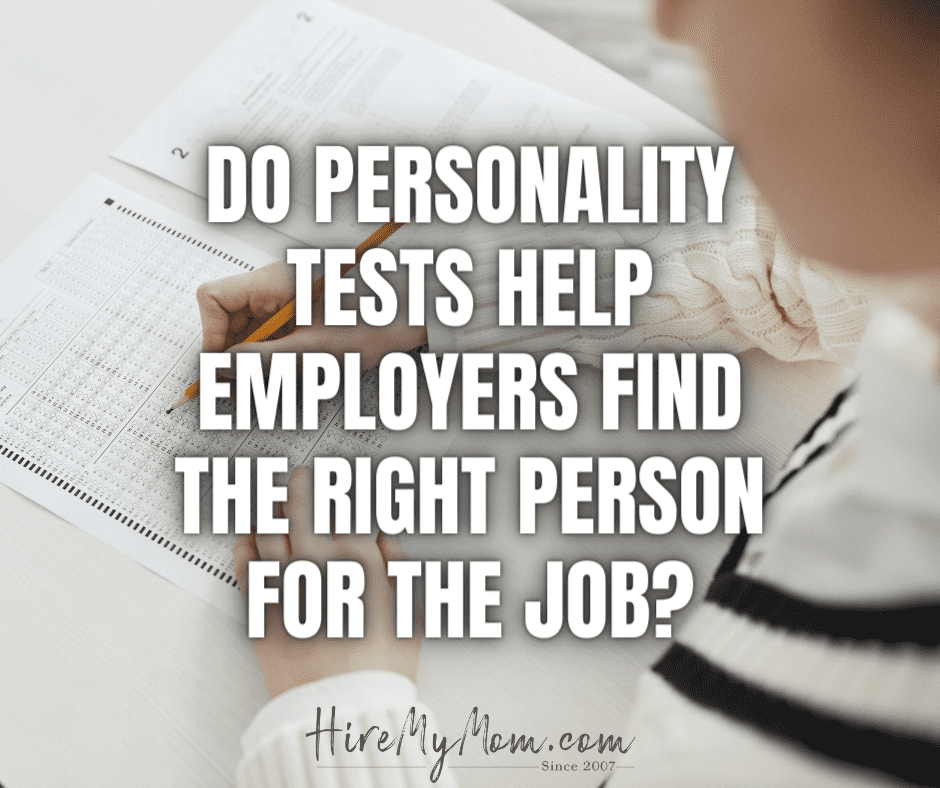 Do Personality Tests Help Employers Find the Right Person for the Job?

Personality tests are often used by employers to assess job candidates in hopes of identifying the right person for the job, and they’re becoming more and more popular in today’s competitive job market. The number grows yearly, but right now 22% of businesses actually use personality tests to find job candidates. But are personality tests effective? Does your personality really determine whether you can do the job well or not? And should employers even be using them at all? Let’s discuss some of the pros and cons of personality tests and how accurate they are in determining how a person will perform on the job, as well as how to best use them when hiring someone.

Why do companies use personality tests?

Companies use personality tests when hiring to get a general understanding of an applicant’s character so they can make an informed decision. People with certain personalities tend to work better in certain roles, and personality tests can help companies spot these trends quickly and accurately — but just how accurate are these personality tests, truly? While there is some debate over whether or not companies should use personality tests at all, most experts agree that if used correctly, they are generally very accurate, but they must be used in conjunction with other measures such as cognitive ability.

How do personality tests help companies?

By providing a fast, accurate, and standardized measure of the five primary personality traits (openness, conscientiousness, extraversion, agreeableness, and neuroticism), personality tests help companies narrow down their search to applicants who are most likely to succeed. For example, if an employer is looking for someone with a high level of openness but low levels of extraversion, they can save time by ruling out candidates who score poorly on that particular scale.

Are personality tests worth my time?

Yes, but only if you use them correctly. The key is to employ objective personality tests and a structured hiring process in which your hiring managers fill out personality tests at the same time. In other words, objective personality tests should be used to help hiring managers do the same thing they would have done otherwise—in essence, these psychological tools are just more sophisticated and more efficient than a good gut feeling. And for those taking the tests, it’s important to answer them truthfully to make sure you are a good fit all around.

Yes and no. Personality tests can help you screen for the right candidate, but they are not the ‘end all, be all.’ We have seen these tests used successfully in the hiring process. In the most successful example we saw, the company sent the tests right at the beginning of the process to determine what type of personality traits they were looking for — but, they also had their staff take them (including the person who they were replacing) to help them narrow down what they wanted out of a candidate.

If they received candidates that tested at the complete opposite end of the spectrum from what they wanted, they declined moving forward. From there it was a sliding scale of what they accepted. The personality test, though, was just the beginning. They then had specific experience they were looking for as well as how folks answered questions in the interviews. As an employer, personality tests can really help when you post a job and you suddenly find yourself flooded with applicants. Just make sure it is not the only measure you are using!

For employees out there, we know there are a whole host of different personality tests companies are asking you to take. It’s really up to you whether you want to invest your time in them or not. Some are fast and easy. Some are longer. You need to ask yourself, are you truly interested in the job in its entirety, or did it just sound okay?

And employers, that’s something you should think about too when adding in a personality test. How much time am I willing to ask from a potential candidate before things get serious with them? Because an extra long personality test given too soon at the beginning of the process might just chase your dream candidate away. It’s a balancing act, for sure. How does your organization handle personality tests during the hiring process? Reach out and let us know your take!